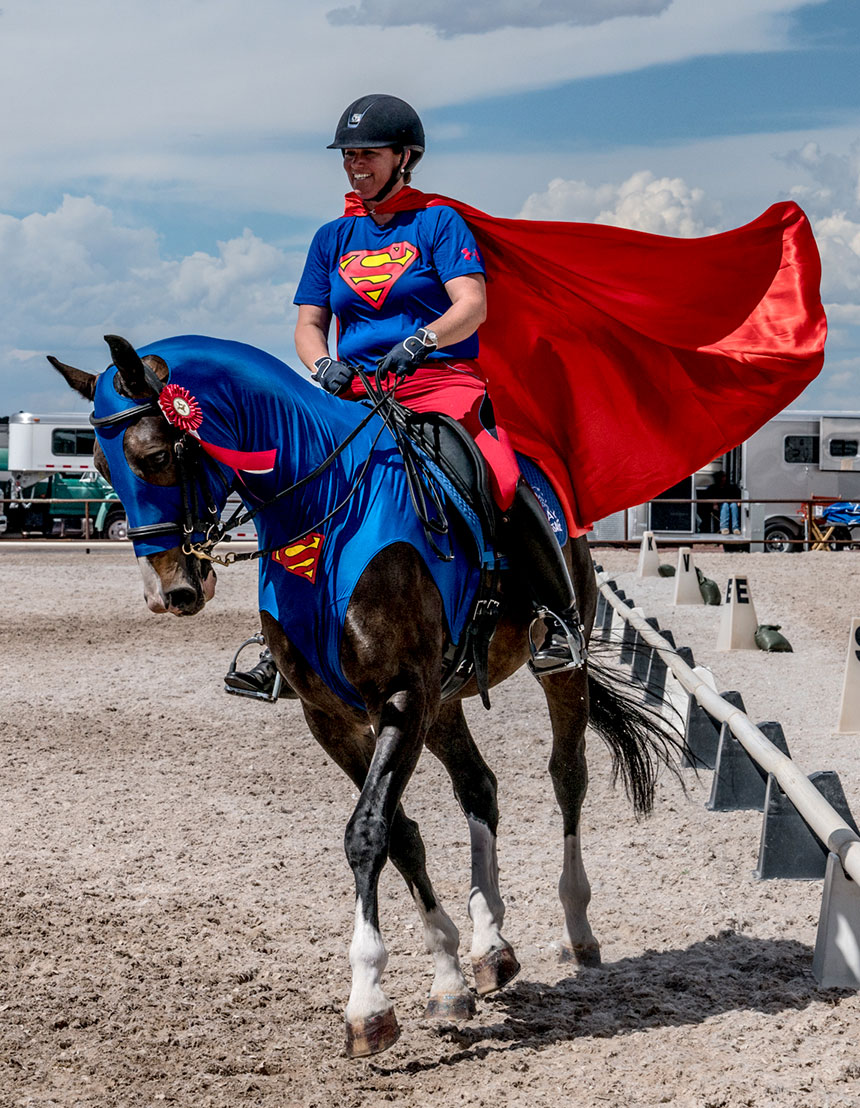 Gilly Slayter brings her wealth of equestrian skills, education and competition experience along with her passion and energy to Via Nova’s training program. As a professional, Gilly stays on top of the dynamic world of competition and training by participating in clinics and other educational programs, and maintaining challenging upper-level competitive goals for herself. She’s witnessed the power of using positive reinforcement to bring improvement for both horses and riders, and looks for the most effective ways to incorporate R+ solutions into traditional training techniques for dressage and eventing. With a deep understanding of the nature of horses, and her love of interacting with people, Gilly is an ideal trainer for students at all levels of experience.

Gilly began riding at the age of five, competed in FEI-level Dressage as well as FEI-level Three-Day Eventing, and earned her USDF Silver Medal for achievement at Fourth and Prix St.Georges Level. She competed at the North American Young Rider Championships as a member of the 1992 Area X Three-Day team in Bromont, Canada, and again in 1996 with the Region V Advanced Young Riders Dressage team at Temple Farms. Gilly went on to develop her own Advanced Level event horse, Simply Larry, purchased in 1995 as an un-started three year old.

Gilly was also a member of the elite USEA Developing Riders squad in 2003, and in 2011 passed the USDF L Judging Program with distinction. Created by the US Dressage Federation Judges’ Committee, this educational training program teaches judges to evaluate the correct training of dressage horses.

Combining a business degree with a lifelong familiarity with stable management, Gilly is our knowledgeable and responsive Barn Manager at our Santa Fe Facility, Terra Nova Training Center. The well-being of the horses is her highest goal. 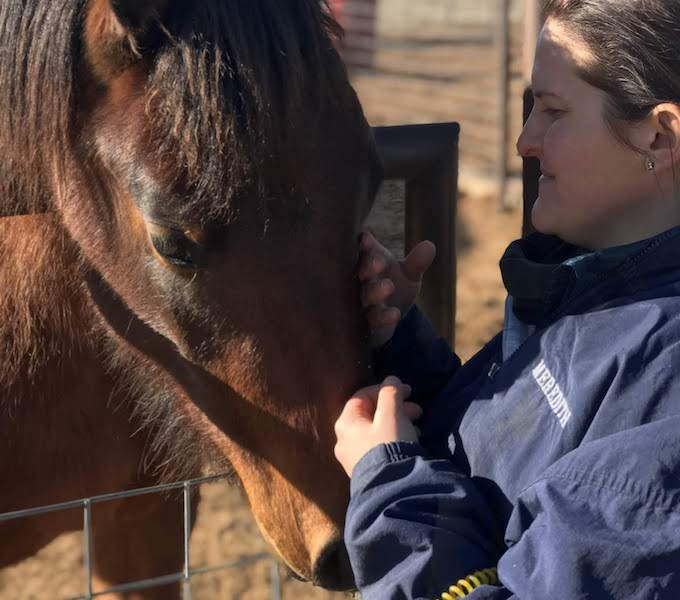 Via Nova’s Lead Trainer, Meredith Ritter embraces and practices Priority to Positive® in all aspects of her work. A self-proclaimed “barn rat,” Meredith was bitten by the horse bug early, never to recover. At the young age of six, she was already riding, training, and competing, which began her lifetime love of learning about horsemanship, animal welfare, and horse behavior. In her teens, she competed as an eventer while she received her C3 in the Pony Club.

At sixteen, Meredith’s equestrian path continued when she was given the opportunity to study and train at Simply 3 Day Dressage with Gilly Slayter (Via Nova Lead Trainer and Barn Manager at Terra Nova Equestrian Center). Here Meredith’s knowledge of horses and the sport grew, and she eventually began teaching dressage and jumping to amateur riders of all levels.

During this time, she discovered her passion for training and developing children, adults, and horses—becoming known for her talent for bringing out the best in them, especially quirky horses.

After college and becoming licensed as a registered nurse, Meredith’s heart brought her back to Via Nova as a Lead Trainer and Supervisor of Via Nova’s Priority to Positive® (PtP) Student Program. In this role, she leads and develops our next generation of PtP® trainers with the goal of increasing the use and understanding of positive reinforcement and behavioral science when training horses in the traditional equestrian world.

Meredith’s experience, knowledge, and vision continue to drive Via Nova’s success and future.

Via Nova Training is hiring! Are you looking for more than just “a job working with horses”? Experience incredible rewards while participating in a true revolution in equine training and welfare. Find out more >